You may have seen some of geebeebee’s recent videos online such as BTR Fabrications: From the ground up and Aston Hill: Surface to Air. Rather than diving into the world of Mountain Bike films from the start, they came down a slightly less conventional path. I caught up with Farah, one half of GBB to see how it all got started. 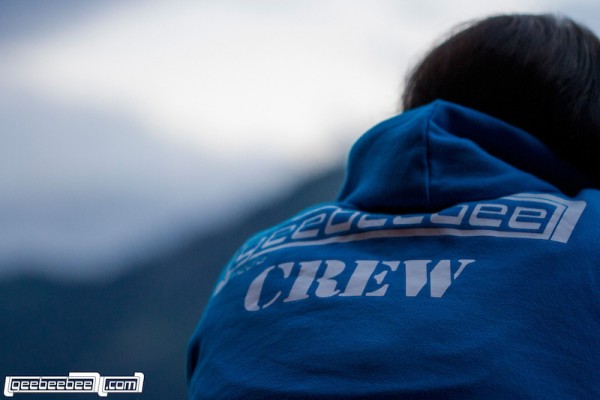 What’s the story behind geebeebee?

We have come to the adventure sports industry from a rather unusual route, rather than it being our starting point, we are in fact an new arm of an established post production company based in London, UK with over 14 years experience under our belt. We’re also bikers and when Oli, the other half of geebeebee media, had a pretty big off whilst out in British Columbia’s mountain biking back-country a few year ago, we decided to take some time off the bikes to focus on filming people, places and products primarily relating to the mountain biking world. Using techniques borrowed from our TV work, commercials, short films and high-end corporate promos, we’re able to bring a lot more of a professional feel to our videos which we feel has been lacking in the bike industry. 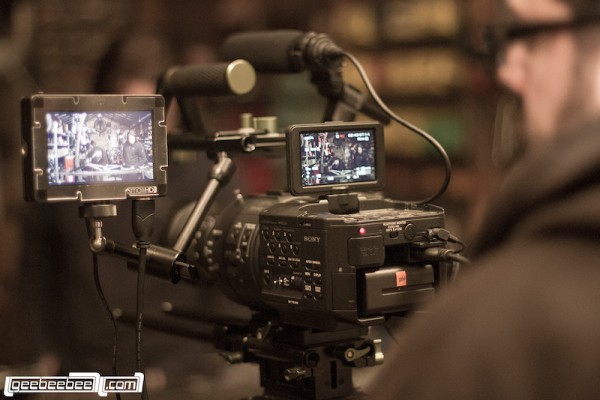 How do you feel about working in a predominately male dominated industry?

It’s hard to know if things would be any different if I was a guy in the industry, particularly as in the UK the industry is very close and hard to break into. There’s always a chance people see my name in an email and think I’m a bloke, given I share my first name with the surname of one of the most famous male athletes from the London Olympics, Mo Farah! I’d like to think that I’m doing my part to push peoples’ perception that the bike industry and the bike film-making industry is a male dominated environment. I’ve faced a few barriers along the way, such as trying to convince a big distributor to allow me to review products from a female perspective but getting the cold shoulder because they didn’t think it would be of benefit to them, which is pretty short sighted! The only way to change it is to be part of it, and encourage more women to get involved. I’m comfortable behind the lens and riding a bike and can happily session Whistler Bike Park like everyone else given the chance! Sadly, for now there just doesn’t seem to be a lot of women involved in adventure sports film making.

Aston Hill: Surface To Air from geebeebee media on Vimeo.

What are your goals for the future of GBB?

We want to bring more high end content to the adventure sports industry. Companies like Anthill and Stance Films (Life Cycles) are leading the way and it would be our dream to be recognised in the same light as them. Unfortunately  we’re probably located in the wrong country for that to happen easily, but step by step we are making headway, given we’ve only been on the scene for just over a year!

How did becoming a UK Pinkbike rep come about?And what do you do?

We’ve always been active on Pinkbike, after all, it’s the favoured place of many people internationally to get the last news about riders, races and gear. Being active in the community over a few years really helped. I think this, combined with the quality of workmanship in our productions made Pinkbike HQ realise that we weren’t a run-of-the-mill user and they wanted to make use of that and so we ended up agreeing to be their UK News Editors, which is both an honour and a lot of responsibility! In terms of what we do, we work with Pinkbike HQ to get the freshest content to the Pinkbike community. 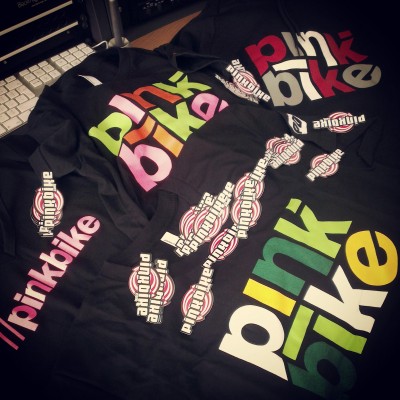 What has been your favourite thing you’ve worked on/created so far?

Every video has good memories, but I think the most poignant moment was watching the BTR Fabrications guys weld the Ripper frame together. We’ve all ridden bikes, some good, some not so good but seeing one being made in front of you, not by machines, but by engineers, was really special!

If you had the chance to work with anyone in the industry who would it be?

There are some real stand-out producers out there, such as Anthill, Freeride Entertainment, Stance and the new guard of Mindspark and Silvia, and being based in North America, they’ve got fantastic access to riders and the industry, and anything goes when it comes to applying creativity to their content, plus they seem to have a lot of fun doing it. There’s always a heck of a lot of hard work that goes into making a film, even a three minute one, but all these guys are dedicated like us, they’re creative like us, and they want to have fun, like us…so I guess any of them really, plus I’m sure we could give them a few tips from our 14 year history of production! In terms of riders, we’d live to work with some of the up-and-coming guys like Martin Söderström, Thomas Genon and Dylan Sherrard plus established guys like Darren Berrecloth, Kelly McGarry and Cam McCaul.

What do you ride?

Thanks to Red Bull USA and Specialized Bikes, I now ride a carbon Demo 8 FSR! I’ll be taking it to Canada this year so I can ride in between filming. Other bikes in the stable include a Transition TR250, Yeti Special Projects 4X and a Kona Chute. Oli rides an eight year old Devinci 8-Flat-8…he won’t give it up! I just can’t bear selling my bikes, it was pretty tough letting go of my Ellsworth Moment and Transition Syren! Oh, and I also have a KTM motorbike! 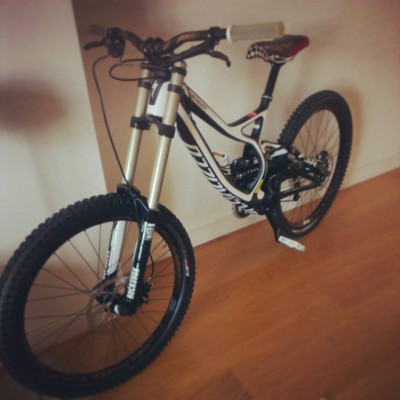 Do you think women are represented equally in the MTB media?

Not really, and some might argue whether should they be, given women are in the minority in terms of professional athletes! It’s a massive shame that in general, the media thinks of women riders as an afterthought. Working for Pinkbike, I try to make more of the women’s results and so far the reaction has been really positive. Pinkbike would really like to push women-orientated content more but women don’t tend to spend hours on the internet reading bike-related articles, so the uptake can be slow. I guess all us women prefer to be out riding bikes rather than reading about them!

What do you think can be done to improve equality within cycling/mtb for women?

I think there needs to be a greater level of engagement by the industry, considering women are a massively untapped market. It’s just a case of the industry adapting how they approach the sector and persevering and until we start seeing women in leadership roles in the industry, either in bike companies, the media, or race organisations, we won’t make any progress. Loads of other sectors have gone through the same change. The future for mountain biking depends on women – just ask Anthony Messere’s mum, who we met last year in Chatel; who else are going to take their sons and daughters to the local trails whilst dad plays golf?!

What changes would you like to see in the future of MTB?

I would like to see the industry recognise the value of high quality content. If it means they have to pay higher rates for the content, then so be it. You just have to look at snowboarding and surfing to see that major investment has filtered into the film-making sector – such as Dolby and Hollywood film studios – and hopefully mountain biking won’t be far behind. The majority of the bike industry is too reliant on quick marketing wins using inexperienced crews and production techniques for features, when really, to expand the market beyond the current audience, you’ve got to provide quality content, from pre to post production, otherwise the wider public are always going to have the perception that this particular part of the cycling world is full of adolecent teenagers with too much time and money on their hands. Red Bull are helping to turn the industry around and you’re already seeing the benefits, particularly when their athletes are being used to promote products and deliver content outside the bike industry circle, such as using Darren Berrecloth and wingsuit athlete Jeb Corliss in their current TV ads.

When did you get into action sports? And why? 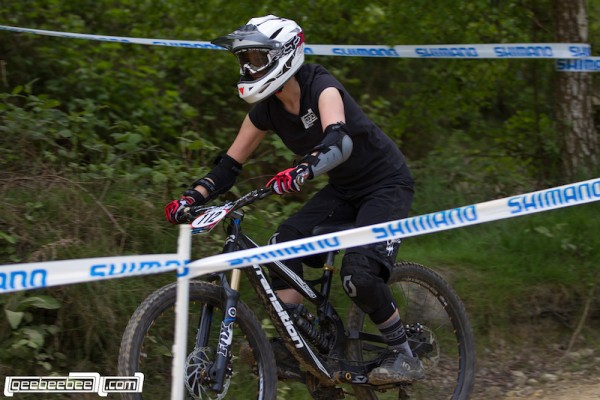 Farah on her bike

We have a fair few projects lined up but they’re all a bit hush, hush for now! We’ll be going out to British Columbia this year to take in a few destinations and meet up with a few riders. We’ll also be continuing our support for our grass-roots downhill teams and local races in the south east this season and watching them progress to even greater heights!

To keep up to date with GBB and their projects check them out on: