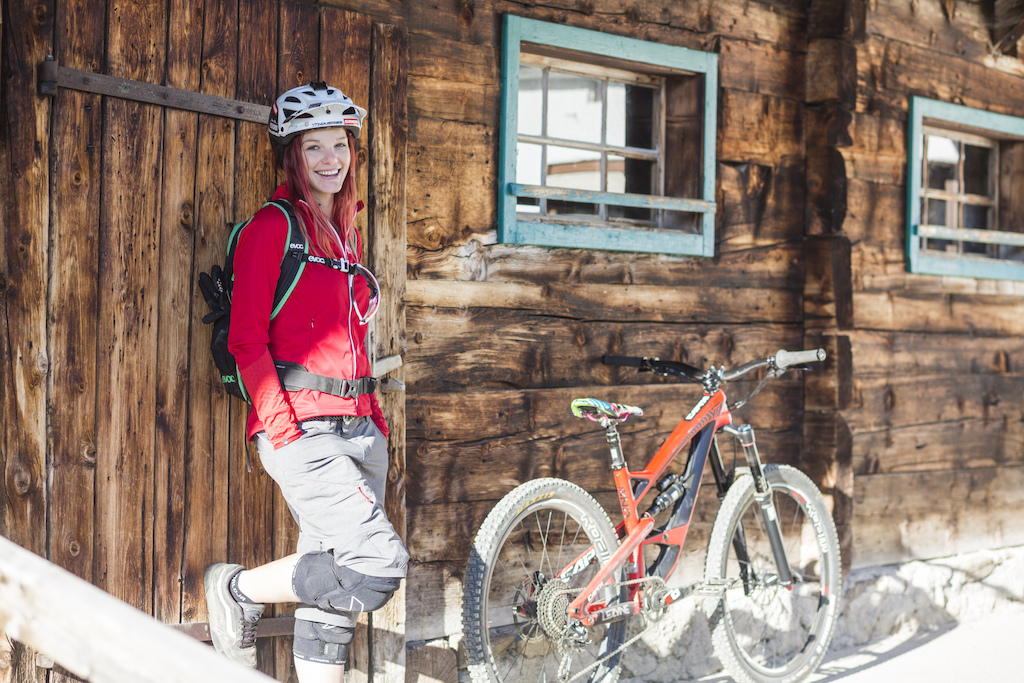 Going back to the start, you first started riding from a young age. Was there a particular influence in your life that made you want to ride or is it something that happened naturally?

I grew up on a mountain, my parents always did a lot of outdoor sports with us. Instead of sitting in front of a computer we went outside for hiking, riding bikes… if you live on a mountain and wanted to get somewhere, without having a car or even a driver’s license, you had to ride your bike to visit friends or go to the swimming pool. So it was kind of natural for us but the incentive to start racing came from my dad, cause he took my brother to races and I got jealous and also wanted to hang out with my dad and race, so that’s how it all started. Now I can’t imagine a life without a bike. 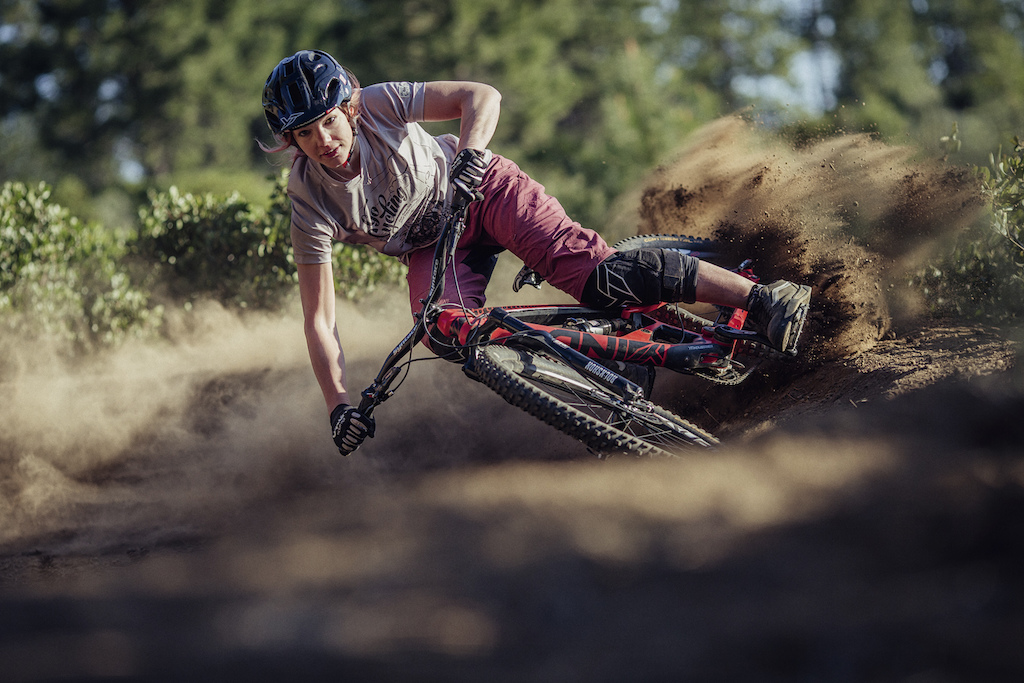 What sort of riding did you do in the early years?

I only rode cross country, we had a local series where I raced, there were super simple loops that were mostly flat and just a few little technical parts. When I got older the tracks started to get more and more technical, longer loops and that’s when I started to enjoy riding downhill more. In cross country, I raced World Cups and competed in the Championship which was definitely a highlight, but my passion for downhill grew stronger. 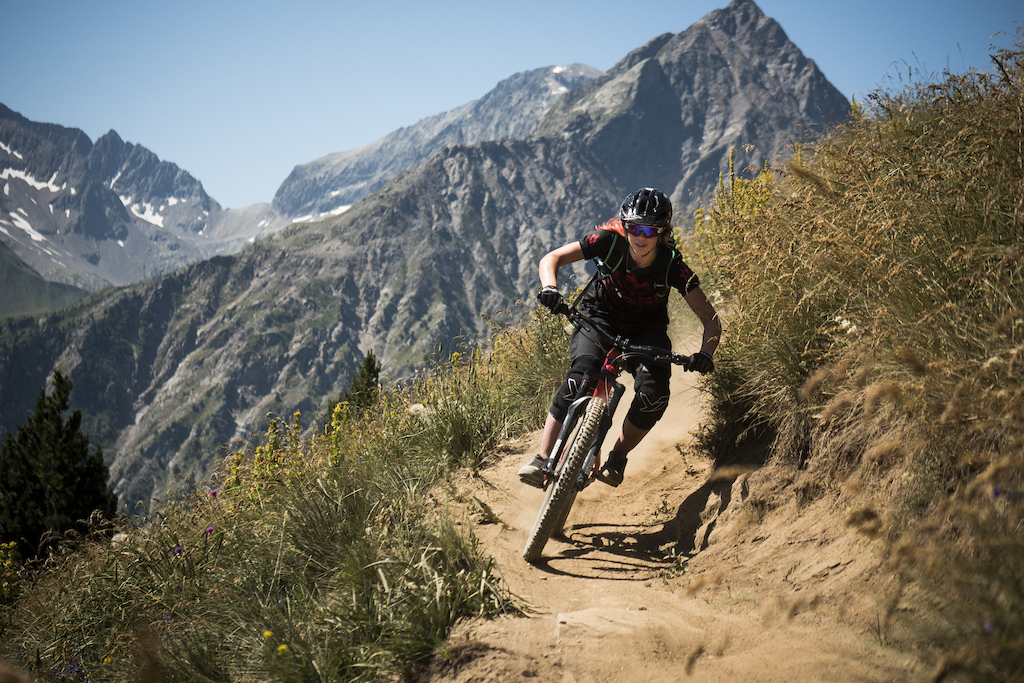 You’ve been racing for a number of years in different disciplines and I can imagine you saw a lot of change in that time, were there any really significant moments for you?

I started competing in cross country races in 1995 when I was 9 years old, switched to downhill in 2004 and to 4X after that. Yes, there was a lot going on during this time, a lot of memories and impressions stick in my head, from narrow handlebars to super wide ones, the whole style of the bike scene went from tight lycra to baggy and back to lycra, the World Cup races changed to even bigger jumps, faster tracks, and the bikes… it’s crazy how the bike scene grew so fast. I love to see old World Cup movies and photos when legends like Missy Giove, Cedric Gracia, Brian Lopes and Anne Caro were competing and still riding their bikes! 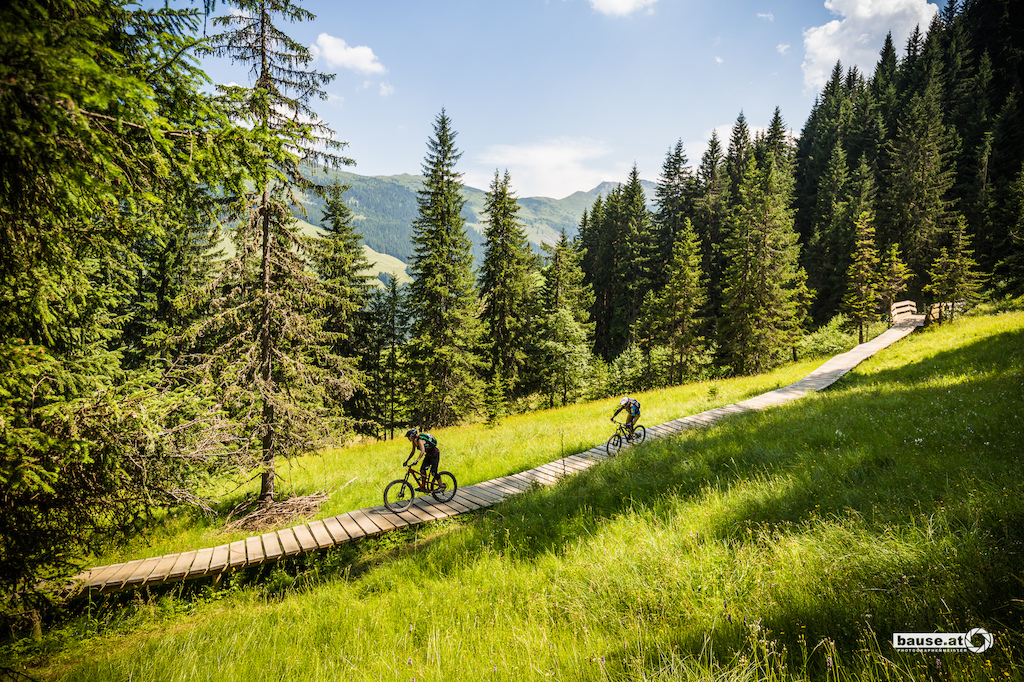 When do you think that you realised that this was a potential career for you and how did it all become a reality?

There was never a plan to ‘go pro‘ and live from riding my bike, I just raced, hung out with friends and went to school. I just did what I loved and loved what I did. But when you grow older you start thinking a little bit more about what to do in life and a couple of years ago I decided that I wanted to continue to ride the bike. If it worked out it was good, if not I had a couple of different opportunities which I could have pursued. But now I am really thankful for that opportunity to ride my bike and live my passion and share it with others. 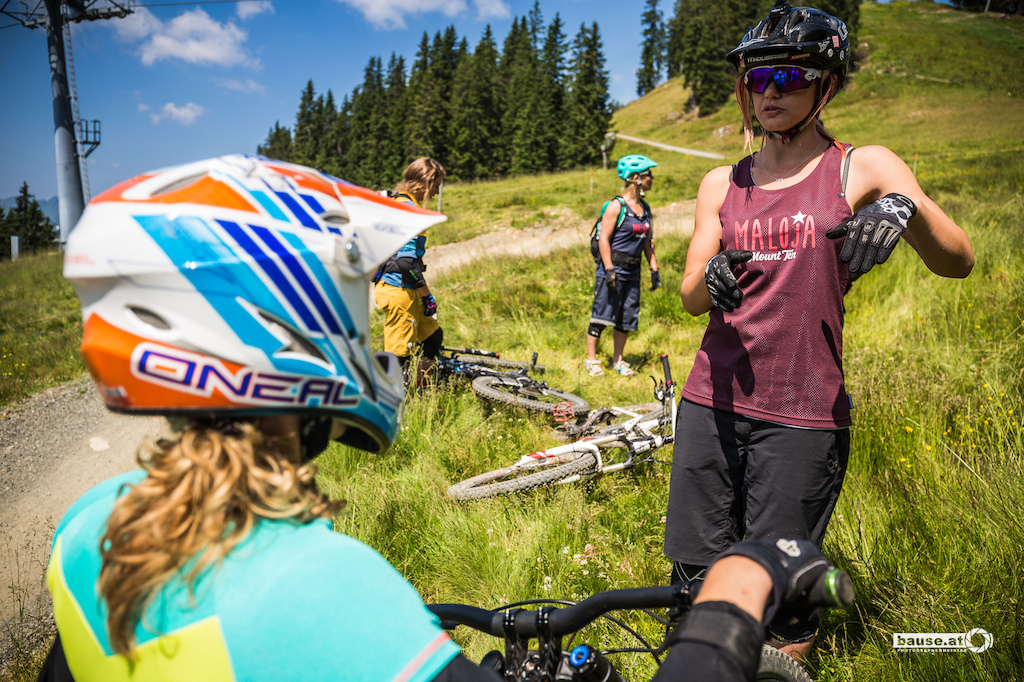 You’re an adventure athlete, but you also have a degree in tourism, is riding what you do for a living or is there something else you do in the off season and when you have some down time?

When I finished my degree it was important for me to work in a job that I really liked, so after that I did training to become a Ski and Snowboard instructor. After that, I moved to Germany to start competing in downhill racing and work in a bike shop. Over the last couple of years, I also had the chance to be an FMB judge and an MTB guide and instructor. I think it’s always important to have something in your back pocket you can rely on. Mid October I go back home to work in my brother’s tire shop which my dad owned before and work there for a couple of weeks. It’s always busy during that time and great to be back home and working, it’s also a good gym workout. During summer, I ride my bike for a living. In between those periods, there is some down time, but in mountain biking there is always something going on, either you prepare for next year, meet friends and go riding, meet with sponsors, workout in the gym, put the bikes together… so it never gets boring. I live near Innsbruck now, I moved into a nice flat with my boyfriend, we have a big kitchen with a nice ‘wood-view’ where I love to cook, that is also a great down time. 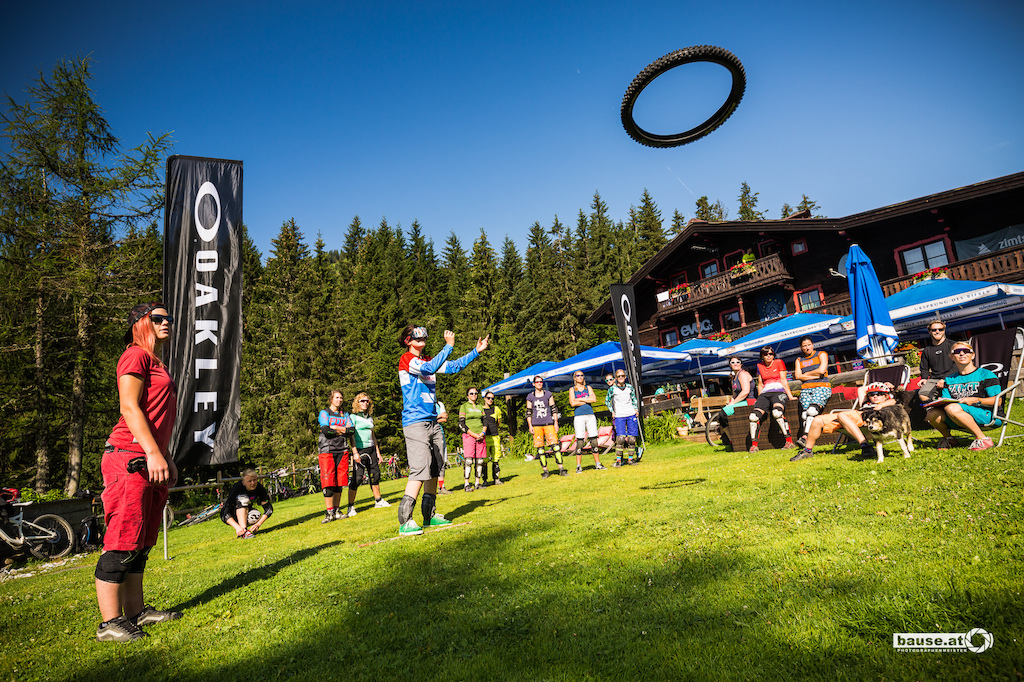 We recently spoke to your goddaughter Valentina Höll, what’s it been like to support her and see her develop as an athlete?

Vali is like a little sister that I never had, it’s just great that she gets so much support from her parents and grandparents, reminds me a lot of my family and I when I was younger. I love to support her as much as I can, riding with her and just hanging out and having fun. Seeing her grow up from a young toddler to a young lady makes me stoked, she improves in big steps from year to year. If you see that you wish to be young again. I wish her only the best and that she stays healthy and continues to live the dream! 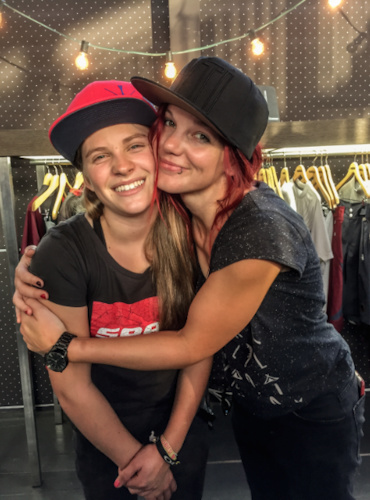 What have you been up to over the past year, any cool projects or rides that you’ve had the chance to be part of?

This year was full of nice projects and rides! One cool trip was in May when Maloja, my apparel sponsor, flew us to Seattle, Washington to shoot for the new catalog in Bend, Oregon. I’d never been there and the scenery, the people, and the food were just amazing! I also supported Vali at the races and went riding with her in the off time. We had two ladies’ sessions which I organize together with Vali’s mom, Bine at the Spielberghaus in Saalbach, which also turned out really nice. And there is the project with Red Bull called Angie’s Bike Safari. It was amazing to be part of it. I missed out on Canada this year, but it’s in the schedule for 2016! I did a little edit called Summerish check it out here, it captured the summer a bit. 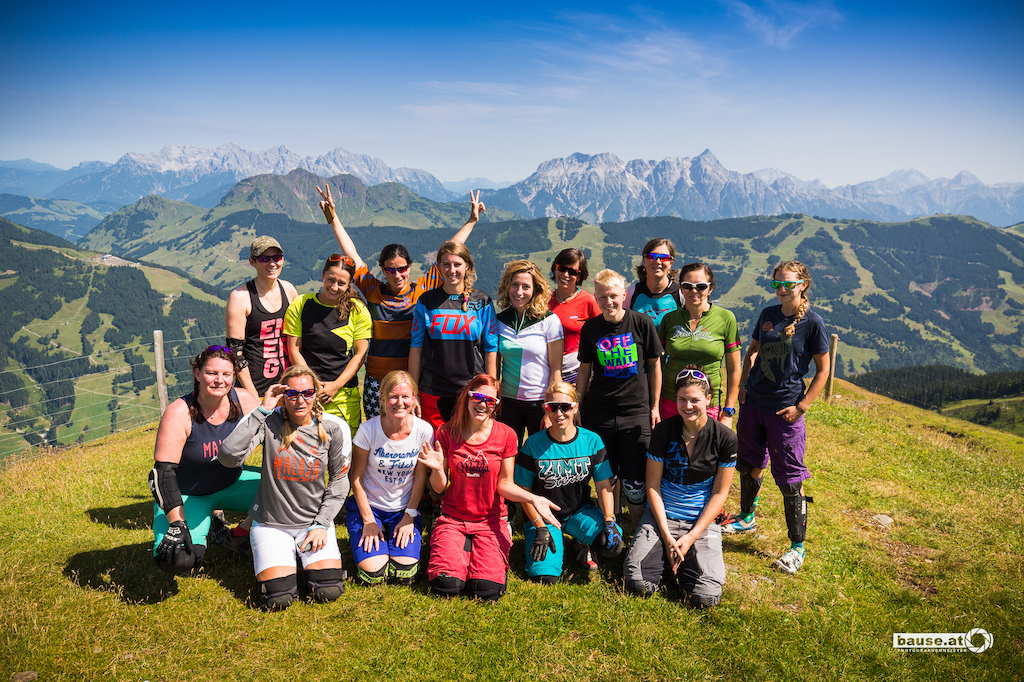 How does what you do now differ from the riding you did when you were racing more regularly?

The reason I stopped racing was because I didn’t like how super strange everybody gets before a competition, like in cross country when you ate a cucumber 12 hours before a race or go out to a party… there was not that much freedom like it is now. Mountain biking is about freedom and passion. I am not saying that this time was bad for me, actually I learned a lot and met awesome people, it just made it clear for me that I wanted to do something in the bike scene, but not only to compete in one discipline. My heart still beats when I watch a race, I also love to do a couple of fun races when I have time for it, but it is not my main focus anymore. When I race I always wanted to do good, I wanted to be happy with my run and stressed out because of it, leading to making mistakes. Of course, it would be different if I raced more but remembering back it was tough for me, it felt like a wall that I couldn’t climb over. When you grow older you think differently about it and lose some of the fear and worries. 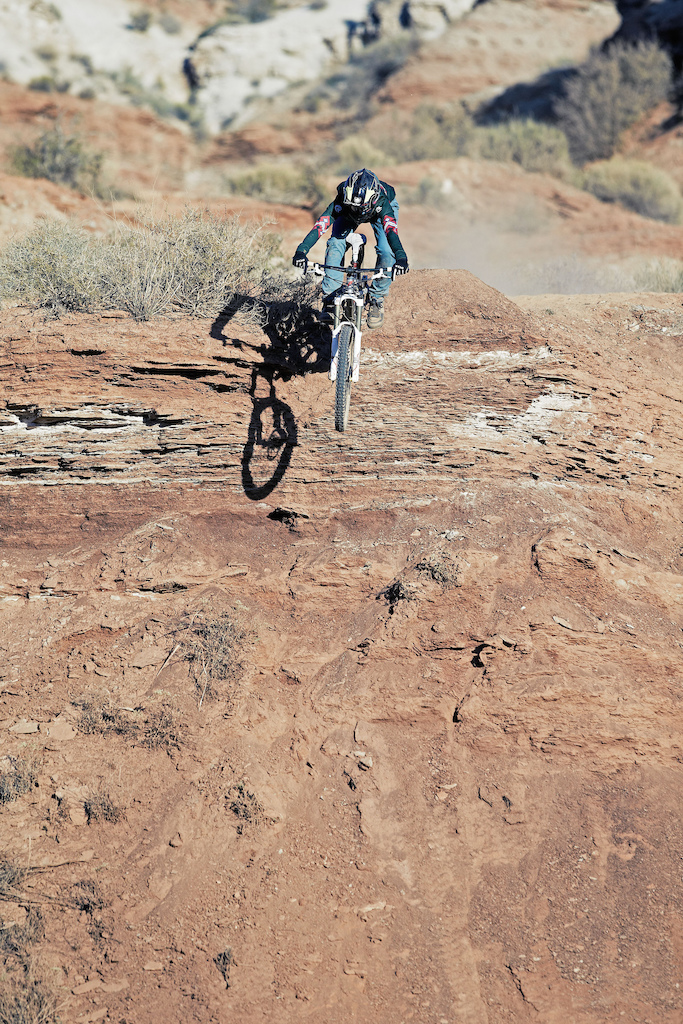 A few years ago you did an interview with Ian Hylands and a small minority of people posted comments focusing on your appearance rather than your achievements as an athlete, how did it make you feel at the time and is this something you’ve experienced a lot?

Iaaannn! I felt so honored and was speechless when he asked me to go shooting, he is such a great person! But he always reminds me of Mr. Jackass. Mostly I never read comments, because I think everyone should live and let live. Don’t judge people when you don´t know them. I’ve never been a podium hunter, I just enjoy riding my bike. I guess everyone has experienced something like that, once I worked at my dad’s shop and a man with a Mercedes drove in and I was working on the car and he said, “take care of my car, otherwise we got a problem.” I just said, “don’t worry, I’m not doing this for the first time“. I don’t know why people always ‘complain‘ about others… for what!? There are other problems in the world which are far more important than B.S. like this, but you know the world would be boring without people like that! 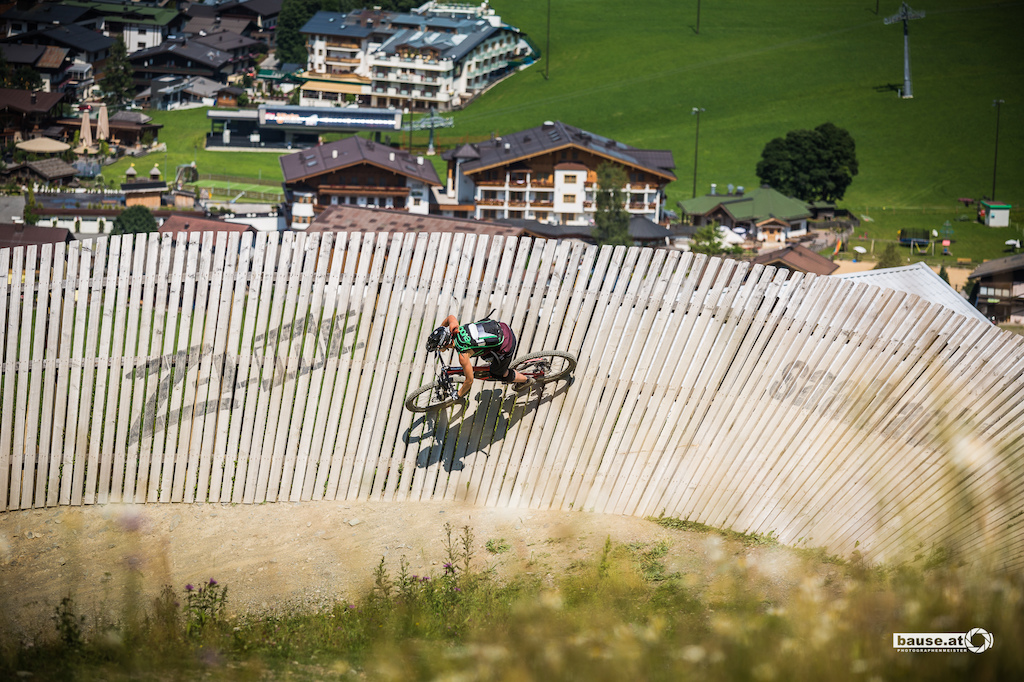 Tell us about your career, some of the highs and lows and places you absolutely loved to visit and ride?

Low points were definitely the injuries, the worst one was my shoulder operation which took months to heal up and feel good on the bike again. Injuries are never fun, but you have to deal with it in our sport. There are so many places where I love to ride, every single one is special in its own way. It starts with my hometown trails, then Canada, USA, Taiwan… One of the highs of my career is not about me, but about all the people who supported me over the last few years, without them none of it would be possible! Building great friendships over that time is my HIGH, just priceless. 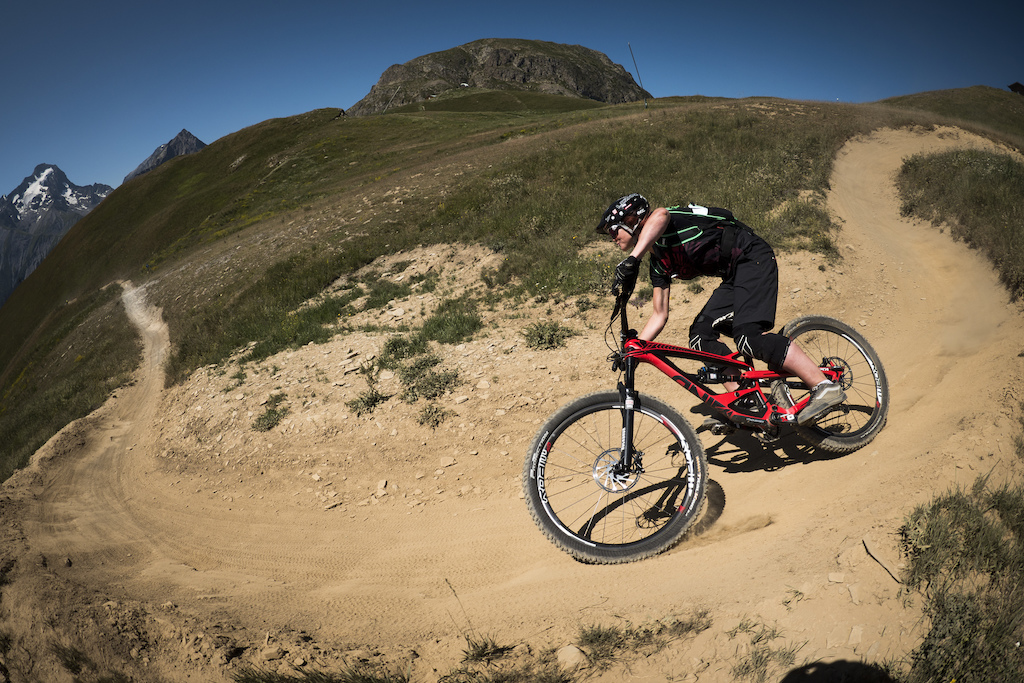 There’s no denying things have changed in the last few years for women in the sport, we’ve seen a growth in women’s products and support in general. How do you feel about the changes and what else do you think the industry could do to help continue the growth we’ve seen?

I think that there is already good support and a number of women’s products and offers (e.g. Women’s camps…). A couple of years ago they couldn’t make money with the women, now the industry has realized that there are more and more female riders out there and the market is growing bigger every year. More and more women are coming into this scene, which is absolutely fantastic! The only wish I have to the industry is, just be fair and respect the women as much as they respect the men! It is getting more to a 50/50 deal and women are getting more important for the industry. So don’t ignore us and let’s grow together. 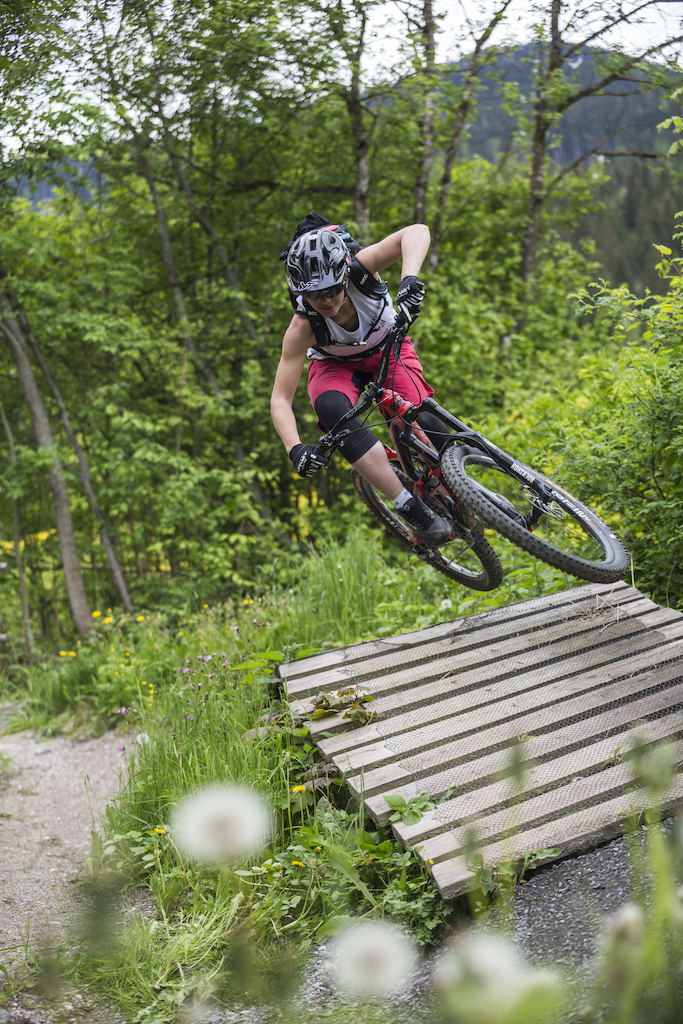 What’s next for you, any significant plans for the next few years or are you happy to see what happens?

Next is getting dirty hands and changing tires on the cars. Plans are good but never work out 100%. I guess I will continue my passion and just ride my bike, I hope I can stay healthy and try to support others and make them smile and have a good time. 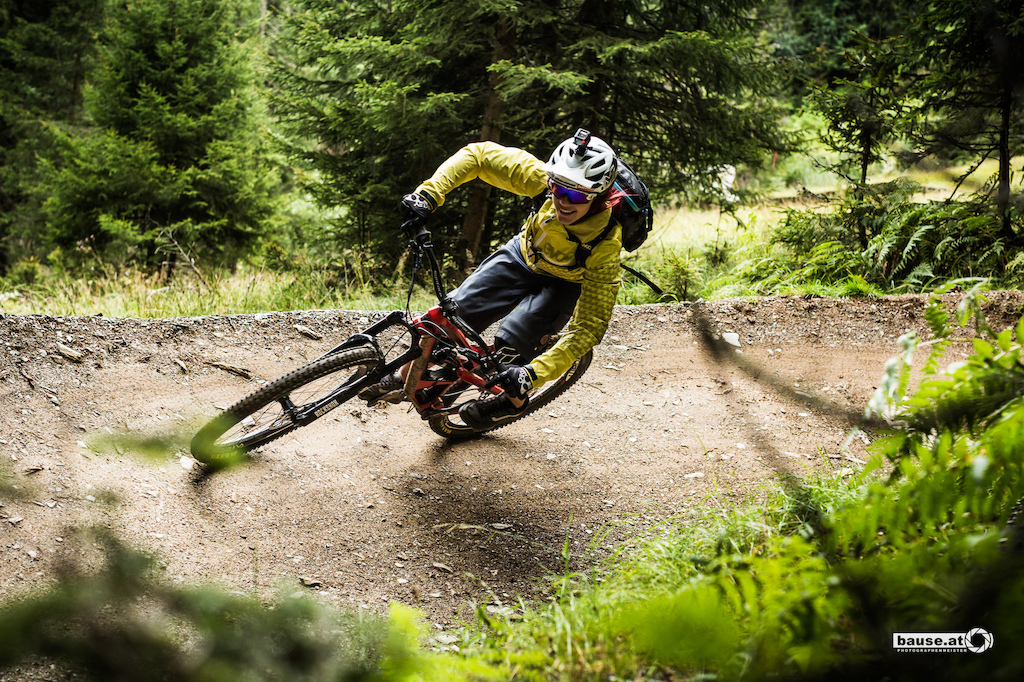 Learn more about Angie on her website.
This interview was originally published on Pinkbike on 12 November 2015. All images are subject to copyright and must not be used without the photographer’s permission.
March 29, 2016 | Comments Off on Interview: Angie Hohenwarter