Simon Paton is a very busy man, as well as successfully running the British Downhill Series, Descent- Gear.com and being the UK editor for Pinkbike he surprisingly has time for a whole host of other things. He has fully immersed himself in the sport, from racing to commentating he’s been involved in every aspect of the mountain biking world.

I was curious to know more about someone who does so much for mountain biking, and thankfully he had some spare time to answer a few questions! 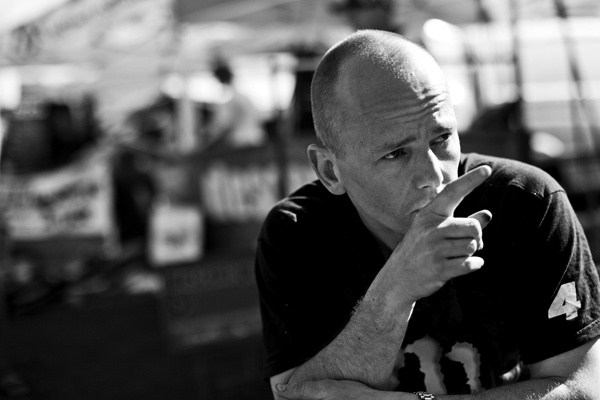 When and where did you first get involved with riding?

I started racing downhill mountain biking with Nigel Page in 1996. I’d just moved to Liverpool as a retail manager for a national chain.

How long have you been riding?

My first mountain bike was purchased back in 1989 so almost near the start of the craze here in the UK!

What is the best thing about the sport for you?

Being able to leave all my troubles behind, once that lid goes on you’re away from everything and during that precious time on the bike, only the path ahead matters.

Is there anything you don’t like about mountain biking?

There really is too much hype and worry about what bike you have and the parts on there. If everyone stopped reading up about every little nut and bolt and rode their bike more, they would be such a better rider. It seems down the trail centres the golf course is closed so now we have these new guys on the block. They need to realise the essence of mountain biking, get away from those troubles, relax and enjoy. Leave the pompous attitudes and my bikes better than yours attitude at home.

Do you have any favourite tracks?

Whistler A-Line and Dirt Merchant, anything with lots of jumps on there. Plus anything Jason Carpenter has built.

How did you get involved with Pinkbike?

I was working for Descent-World.co.uk which was the first DH website in the World I believe, Jon-e Beckett was the main man there and I was his number two. Whilst at Interbike in Vegas they basically kidnapped and tortured me and threatened to kill two little puppies if I refused to sign their contract.

You’re a very busy guy, with the BDS, Descent Gear and Editor for Pinkbike, do you have time for anything else?

Father and Husband are my two main roles. I also sit on the Gravity Commission with British Cycling, currently training to be a BC coach, commentate at Whistler Crankworx and a few other high profile events. As time is limited I try and ride my BMX more, I struggle to get a whole day out to travel so a spin down the BMX track, pump tracks or trails is ideal! 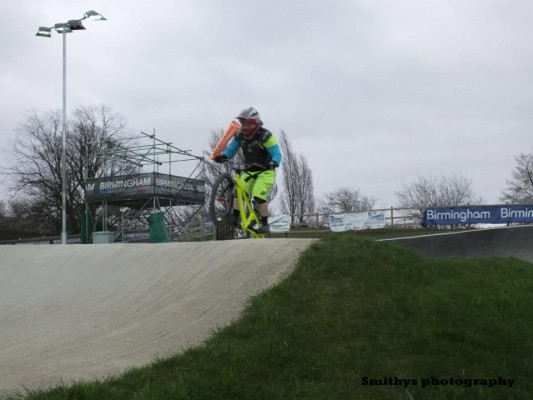 Si on his BMX -Photo by Smithys Photography

When did you first get involved with event organising and why?

Blame Rob Warner for that. We were stood in a queue at Cwmcarn for a Dave Morgan NPS for over an hour in the pouring rain. Rob had just made the uplift woman cry and I tried to calm the violent crowd down. Rob said to me, why don’t you do this next year Si, all the riders will back you.

How did the British Downhill series get started?

The first three years were incredibly hard with the old legacy of the NPS, I worked with a partner and the series got back on its legs but still needed all the glitter. That’s where Dave Franciosy came in and shook the series up big time. Re-branded, new name, the BDS was born and we have never looked back.

If you weren’t involved with the industry, what do you think you’d be doing now?

The World’s best shoplifter and pick pocket. You need confidence, a quick hand and a fast pair of legs if need be plus the knowledge. I was known as “Lenny the Dip” when I was a youngster on the streets of Birmingham.

What changes have you seen within the sport in the past few years?

When I was racing Nationals it was common place for the local pub on the Saturday night to be rammed with racers, even the top Pros such as Warner and Peaty all having a pint. Now come 21:00 the local village is like a ghost town. That’s what I miss, the social element with the racers. Not saying that’s a bad thing, the sport is progressing, we now need more social days out arranged, BMX track road trips etc.. Paintballing, Go-Karting, watch this space..

What would you like to see happen in the industry in future?

Out of industry sponsors could really make a difference sponsoring a race, we £250k a year coming in, £100k prize money for the top riders, hotels and transport arranged, pick them up from the airport, same for the press. Free food buffet for all riders. VIP marquees, TV production and show on terrestrial television. 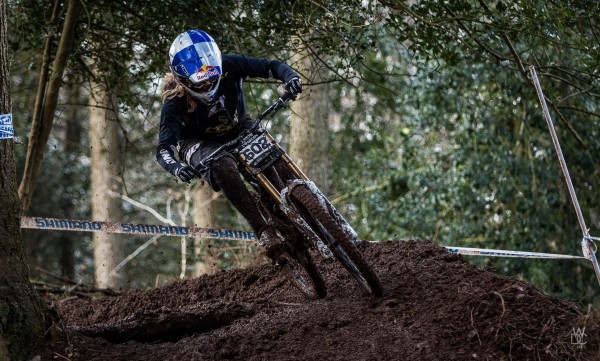 How does it feel to have some of the best riders on the downhill scene entering the BDS?

Always feels great to see the best riders in the World riding a track you have laid out. Combe was a prime example, several lines were taped wide in those woods above the step down. Hill was taking inside, Gee, Marc and Brendan were outside. Then come the step down berms we saw Hill going inside, missing the berms and Gee outside railing the berms. I spent 2 mins debating where that pole should go, even sprayed around the grass on the floor to make sure it stayed there. Looks like it worked as it split the top riders into their own desired line choice that worked for them. That’s what I’m most happy about.

What are your plans for the future?

For all the action from this year’s British Downhill series follow them here: