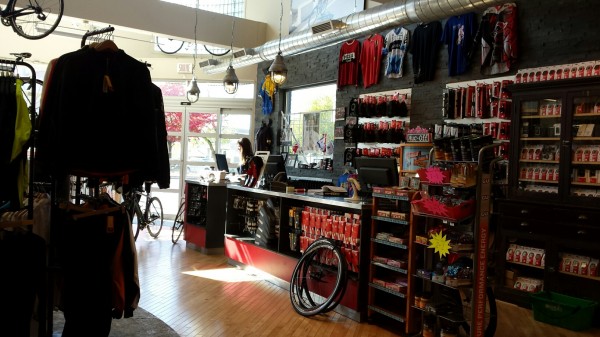 I went to Montreal to meet, Stéphanie Néron as part of Specialized Women’s #YourRideYourRules campaign with Common Good Co. The first issue provides a space for stories and bits of info that showcase a broad range of locations, riders and personalities.

For someone who never expected to end up in the cycling industry, Stephanie Neron has a long history in the business. At only 23 she manages Cycle Neron, a store on the South Shore of Montreal. In the attic of the original store sits her first bike, gathering dust – a testament to her long relationship with Specialized. The shop is situated in a suburb of Brossard, and despite its origins it’s been in the same spot since 1970. 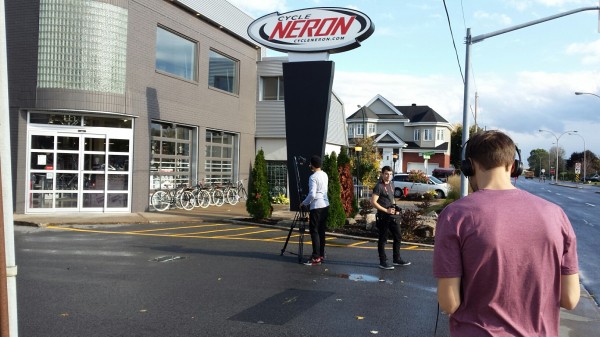 Cycle Neron wasn’t always a bike store, in 1970 the family dealt with a range of sporting goods as well as ice-cream. “The headquarters have gone through a lot of renovations and expansions through the years, it was opened by my grandfather and at the time we started as a hockey store, they would sharpen skates and it basically turned into a sports store – they sold fishing rods, worms, skates, skis, tennis rackets and all kinds of different things.”

Growing up opposite the store it was only natural that Stephanie should take an interest in what her family were doing, following her dad to work from an early age she soon became more involved in the business. 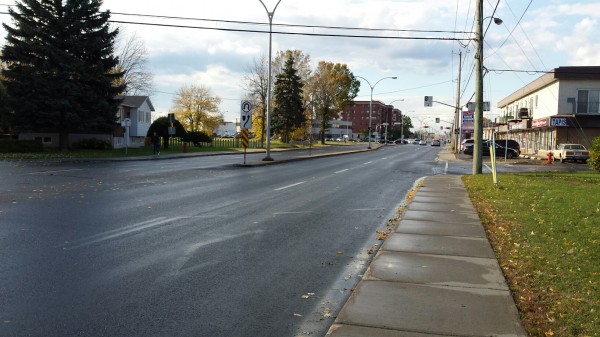 “I’ve been working here since I was very young, since I was around twelve when I decided to start following my dad to work and that’s where I started in the bike business. I did my undergraduate at McGill University. I studied physiology and physics and after working in a lab for the Summer I decided it wasn’t for me. I came back here where I think I really belong and I’m managing the store while continuing my studies part time. I’m doing management to learn about marketing and to expand the family business we’ve had for 44 years.”

From small beginnings when opened by her grandfather, to one of three stores they now own today. The Neron family established a relationship with Specialized from the start. 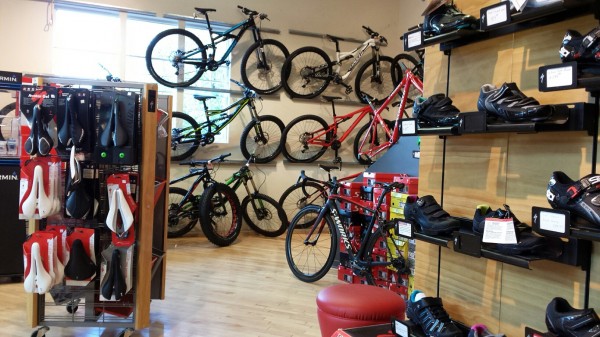 “My dad took over at the end of the eighties, beginning of the nineties and that’s when he threw all the other sports out and moved forward with cycling so now we don’t do anything else, it’s only bikes, different kinds of bikes, but only bikes. Actually when we started being a Specialized dealer we were one of the first people in Canada which was when they started bringing the line here so it’s been a good partnership.”

Montreal is a colourful city well known for its cycling infrastructure, often voted as one of the best places to go cycling with cycle lanes, paths and trails in the city and beyond. The family’s early decision to focus on cycling was a beneficial move despite the fact Stephanie and her father weren’t always into the sport.

“I was never really a sporty person, I was more of a book worm so I would read a lot. If you asked my teachers about when I went to school and high school they would probably say I was a bit of a nerd. When I got into cycling road cycling had started to become more popular. I was doing yoga and dance but I didn’t really have a sport. Then my dad and I both got into cycling at the same time, I thought it would be a good way to spend time with him and also a good way to get him into shape because he was never a huge cyclist which is funny – a bike store owner not being a huge cyclist, but we started riding together.” 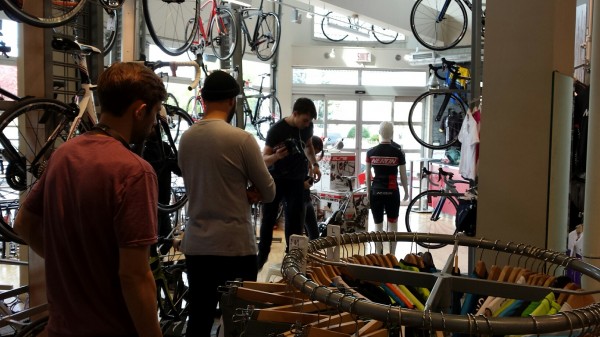 Managing the store came naturally to Stephanie, after working there for most of her life the varied role is just one of the reasons she fell in love with the business.

“When I was little, I started mostly with clothes and accessories, I would place the clothes and the gloves and sell shoes. When I got more involved I really started getting into the bikes and selling bikes. Now I do a lot of selling, I’m the official bike salesperson I guess. I take a lot of the women’s merchandise, that’s my department. When a woman comes into the store I try to be the first person to go see her because usually it’s more inviting when it’s a woman. Especially for bikes it’s really intimidating the first time they come into a bike store where it’s usually only guys. I take care of a lot of the women’s products, not only the clothes but the bikes and the accessories. I have also started to do some of the office work, taking care of that. I take care of the marketing, managing staff – basically I do a lot of everything around the store.” 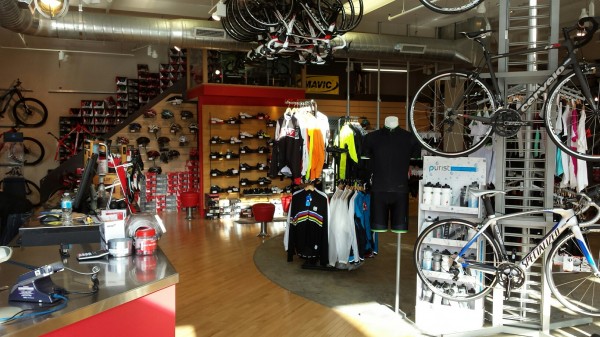 Painting a picture of where she lives and works, Stephanie sets the scene giving insight as to what it is about Montreal that’s so enchanting – a different place in summer and winter, but both with merit in tune with the seasons. Exhibiting its prominent past and vibrant present the city has many sides – a mixture of English and French Montreal hints European chic amongst the North American roots. A diverse and cultural hub with no shortage of things to explore.

“In the summer Montreal becomes a totally different place, there are a lot of tourists, lots of people, lots of festivals – we have a great Jazz festival. It’s also a great place to shop, there are boutiques and little stores to go around, visit and discover. We also have great restaurants, different chefs come here to open restaurants, there are many famous restaurants, but there also little shops and a lot of food trucks so it’s cool to walk around and discover them.” 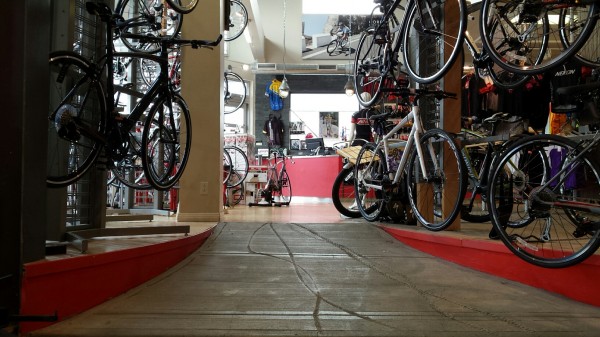 This year; Stephanie, staff from Cycle Neron, friends and members of the stores cycling club took part in a well-known charity ride from Saguenay-Lac-Saint-Jean to Montréal, a 1000km route to raise funds for research into orphan diseases as well as money for sporting equipment for schools. The three day relay event consists of 200 teams of five people, with each team having to raise a minimum of $11,000 to take part.

“This year I’ve trained for a special event which was actually pretty important for me and the store, we get involved in this charity ride called the Grand Defi Pierre Lavoie. The event was started by a man called Pierre Lavoie as both his children died of the rare hereditary disease lactic acidosis, it’s a hereditary disease which is so specific to this region but there were so few people that have had it that there wasn’t really research going on because there’s not really a large population of people that have it, they call these diseases orphan diseases. Pierre started by riding a solo 650km in 24 hours – that was the beginning of the event, he raised money and started funding research into lactic acidosis and other rare hereditary orphan diseases and they actually found the gene that causes it. This was at the end of the nineties and around 2008 was the first Grand Defi Pierre ride, it’s sort of expanded and now the organisation not only raise funds for the diseases but their big goal is also to get the young people of Quebec moving.”

Cycling is undeniably an important part of life in Montreal and the popularity of the sport is increasing year on year, especially when it comes to women.

“I guess the male bikes have been pretty steady but we’ve sold a lot more women’s specific products, especially bikes because of the increase of female cyclists and also the awareness of buying a bike that’s fitted for you, not just buying a man’s bike. Buying a bike, not necessarily because it’s pink, purple or pastel with flowers on it but because of the frame, the way it was designed, the saddle, the width of the handlebar – those are female specific things that make a bike much more comfortable and the awareness of this is making women’s cycling products a much bigger market than it was.” 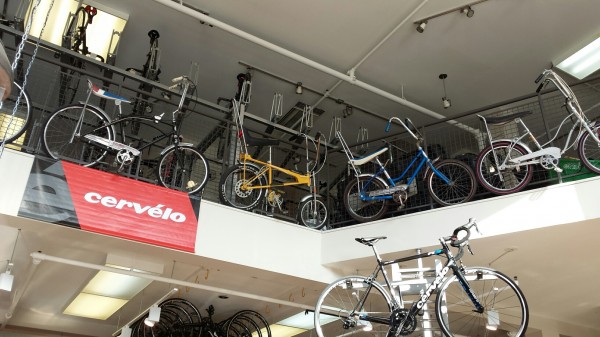 Looking towards the future Stephanie has clear goals; improve and potentially expand the business, continue training for further charity events; including the 2015 Grand Defi Pierre Lavoie, continue to work with Specialized and give feedback regarding women’s specific products to further develop and improve the way the cycling market progresses and take advantage of the amazing facilities on offer in and around Montreal. A shrewd businesswoman with the knowledge and experience to know what women need, Stephanie has a key role in the progression of women’s cycling. 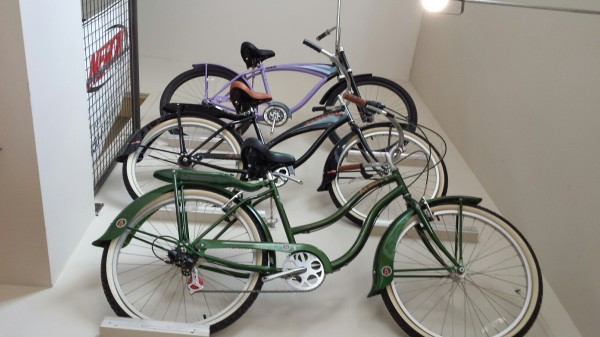 “You can get on your bike and you can do whatever you want. It’s your bike, it’s your road and it’s about not being afraid of people judging you, if you want a pink bike with pink wheels, pink bar tape and pink kit then go for it it’s your bike, it’s whatever you want it to be. If you’re going out and you’re riding even if it’s just a 20km ride just to get out and take advantage of the sunshine, if you don’t want to do 100km you don’t have to, if you don’t want to go with your boyfriend and ride at 35km an hour then you don’t have to. You can go on your little ride and go slowly along. If you don’t want to ride with a group then don’t, if you want to ride with your friends then do, the important thing is that you’re out and you’re riding. The location, the bike, the people you are with, none of it really matters as long as you’re having fun.” 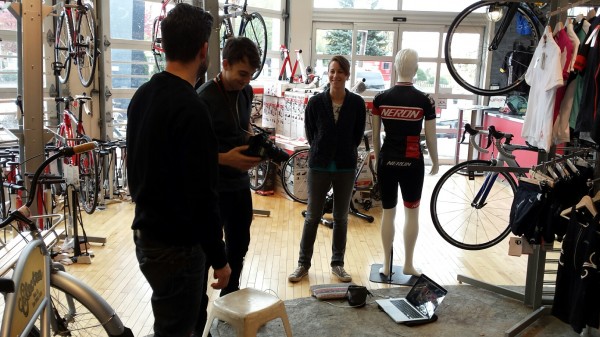 Visit these sites to find out more:

Lauren Jenkins is a freelance writer and editor specialising in mountain biking. She is a down to earth, honest and hardworking person, and really doesn't like writing about herself.